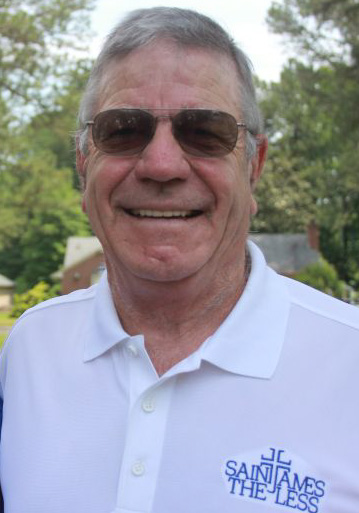 Harry moved from Virginia Beach to Ashland in 1995 when McKinney & Company hired him as their Senior Site Superintendent for commercial and industrial projects. In 2004, Harry began to attend St. James the Less and in 2006 was received into the Episcopal Church. Harry volunteered time on a number of projects for facilities over the years including the railings at the altar and several crosses among other items. In 2013, Harry began serving on the Vestry for an extended four-year term ending in 2017.

In the community, he has served a term on the Board of Directors for the Hanover Arts and Activities Center. Harry and his wife, Doris, have lived on South Snead Street since 1997. In his spare time, Harry enjoys being with his family and friends, especially visiting his sister and her seven children and their growing families in Washington State. M'uncle is always welcome. Travel with Doris and fishing with friends are other pursuits.