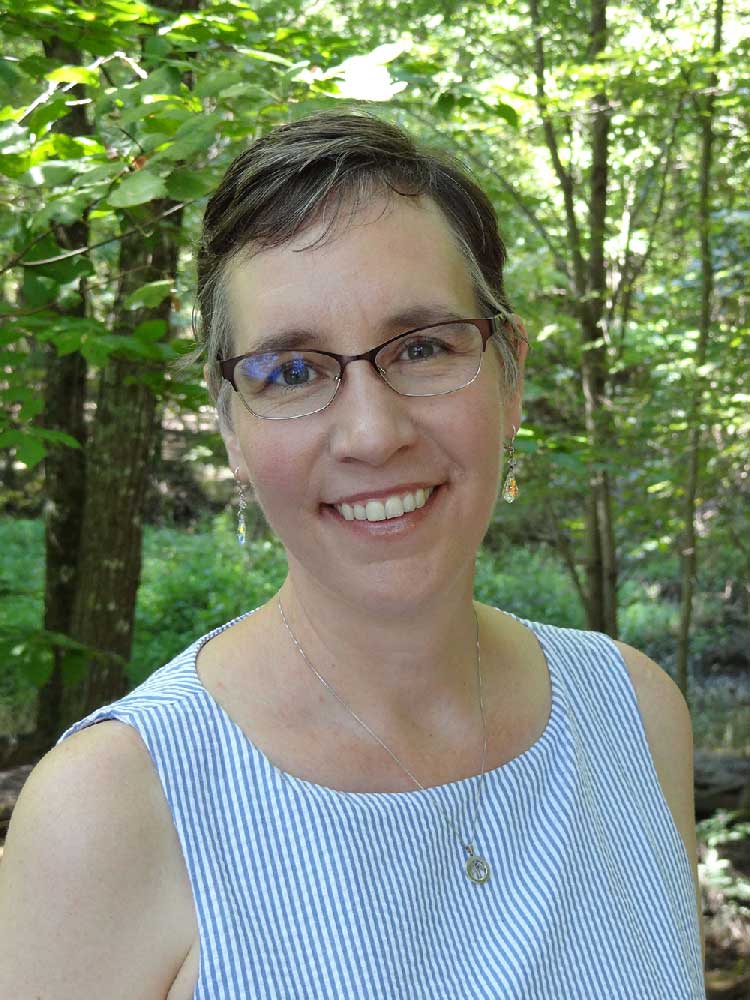 Gay Gibson is a lifelong Episcopalian. Her father, Churchill Gibson, Jr., was an Episcopal priest; Gay grew up on the grounds of the Virginia Theological Seminary in Alexandria, where her father worked as the Chaplain. Her father also was the Chaplain of camps and Shrine Mont, so she spent her summers at Orkney through her teenage years. She attended St. George’s Camp for many years and was an active member of the youth group at Emmanuel Episcopal Church in Alexandria.

She attended St. Agnes Episcopal School for girls, a Diocesan school in Alexandria. After graduating from St. Agnes, Gay attended Randolph-Macon College where she met her husband, Jim May. Two years after graduation, Gay moved to Richmond where she worked at St. James’s Episcopal Church in Richmond as an assistant to the Associate Rector and was responsible for all publications. While working at St. James’s, Gay attended graduate school at VCU where she earned her Master in Social Work. She and Jim attended St. James’s for more than sixteen years, where they were very active participating in many groups. About twelve years ago, after moving to Atlee, Gay, Jim, Grace and Sophie began looking for Episcopal churches in the Hanover area. They attended All Soul’s for a few years, where Gay ran the adult education program for two years. They settled on St. James the Less in 2012.

Gay served as head of Elementary Sunday school for one year and has worked closely with Jane Jones in the subsequent years. She was head of the Youth Formation Committee, served as Delegate to Counsel for two years, and participated as a LEM and lector in the past. She is a LCSW who has worked for more than 20 years with children and families in disadvantaged communities providing in-home therapy in the inner city with Children’s Health Involving Parents and Henrico Mental Health. After 13 years of working at the Daily Planet Health Services as a mental health therapist, Gay has transitioned into a private practice called Fig Tree Therapy.

In her free time, Gay loves to camp, cook, walk her dog Zeke and be with her family.